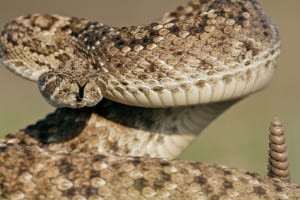 I spend a lot of time in the outdoors by myself. Mostly in south Texas. I’m often asked if I’m afraid of insert whatever that person is afraid of. The truth is, at certain times of the year I’m terrified….of chiggers.

Other than these little buggers that hit and run long before you are aware of their presence, I feel the other common fears are overblown. The scariest creature on the planet is Homo sapiens. In the city or public parks you certainly should be aware of this menacing creature. On private land not so much.

Many folks are concerned about illegal aliens in south Texas. I’m not. Entering the country illegally is a big risk and often they have paid big bucks to a coyote to get them across the border. The last thing these people want is to draw attention to themselves. They want no part of you. They want to pass through undetected. That’s one thing I don’t fear.

As for non-human concerns, I feel the dangers are way overblown. Every instance of snakebite I’ve heard of, the person was messing with the snake. I suppose you could accidentally step on one and get bitten. Possible, but unlikely. The rattlesnake in the above picture was going about his business. He wanted no part of me, I had to provoke him into that photogenic pose. Yes, I was messing with him.:)

I already talked about javelinas in my last post. If I were a dog I might fear them, but otherwise, nope. Feral hogs are similarly overblown. I’ve encountered many in the wild and never had one act aggressively. I’m sure if I wounded or tried to catch one it would fight back. Every one I’ve seen in the wild ran off or ignored me.

I don’t know of a single instance of a wild canine attacking a person. I will admit large dogs scare me. Many more people are injured and even killed by dogs than any wild animal. Luckily I’ve not run across any out there in the brush.

There have been a few mountain lion attacks in the last few years. Not in Texas though. There are so few lions in Texas and the only way the ones that are here survive is by being unseen. They are extremely shy and elusive. I would love to see one.

So leave those fears in the city where all those Homo sapiens are!