Wildlife & nature photographer Jeff Parker was captivated by nature’s big screen long before he developed a passion for capturing it with the camera.

He thoroughly enjoys helping other nature-lovers improve their photography techniques and also showing them great places to do so. 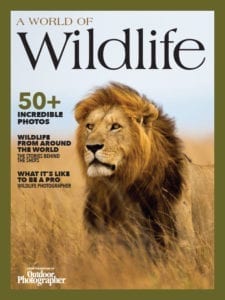 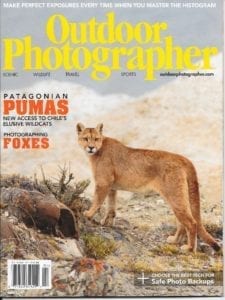 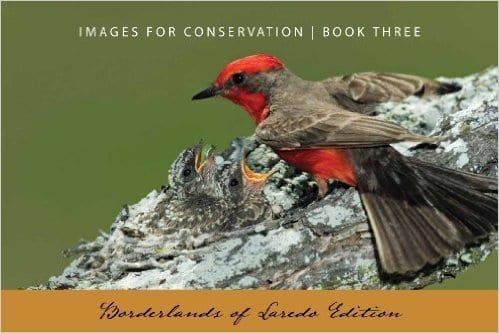 Jeff was an award-winner in the 2010 Images for Conservation Pro-Tour, a prestigious contest that had 20 world-class professional wildlife photographers competing for $180,000 in prizes.

Jeff credits photography with bringing a deeper awareness to issues of conservation. He especially appreciates how the lens highlights nature’s needs throughout the Americas.

Currently, his favorite camera bodies are his Canon 5D Mark III and his Canon R5.  The R5 eye detect autofocus is simply awesome.  That plus the great high ISO capability quickly made this his primary body.  The 5D Mark III languishes in the camera bag as a backup.

Jeff recommends putting your money into your lenses.  His wife, Mary O. jokes that his Canon 600mm f/4 was “our new car for a long while.” In spite of the cost, he’s never regretted the purchase as it has allowed him to get some of his best shots. 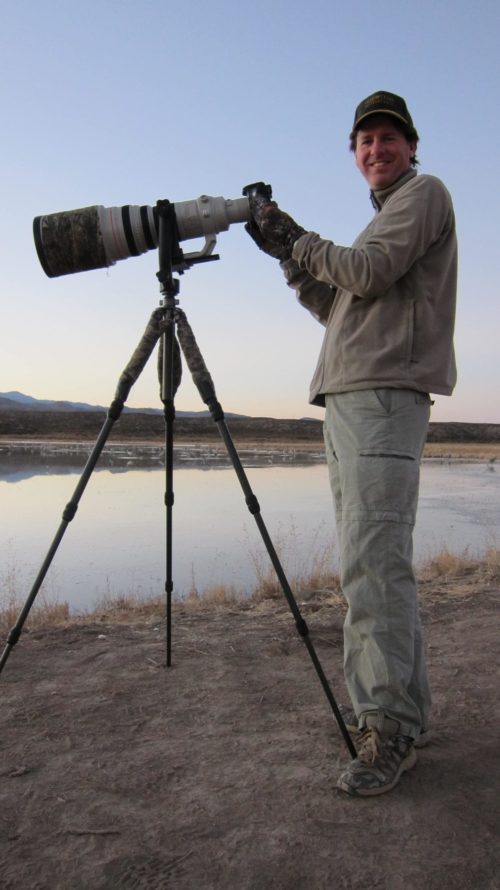 Jeff recommends carbon-fiber tripods for two reasons:  1) They are lighter weight for the same strength and;  2) They don’t conduct the cold as much when you’re working in places like Bosque del Apache or Patagonia.

He has two carbon-fiber tripods, a Gitzo Mountaineer  and an Induro CT404 Grand Series EP. Each has pros and cons and he uses them in different circumstances.

The Induro is great because it goes quite high and Jeff can use it without having to stoop over (Jeff is over 6-feet tall).  For those lying-on-the-ground flower shots, the Induro also works well due to no center post.  Its large-diameter leg locks are easier on the hands than the Gitzo (and faster to change); however, they can sometimes inadvertently come loose and a leg will start to collapse.  The Gitzo, then, isn’t as much of a quick-change artist, but it tends to stay put better.

When photographing birds-in-flight, Jeff mounts his big lenses to his tripod using a gimbal head from Wimberley because it’s the next best thing to hand-held. For flight and other wildlife photography, Jeff prefers a gimbal to a ball head because it does not flop over when he lets go; however, when shooting landscapes he prefers to his Kirk BH-1 Ballhead with quick release.

Mary O. Parker, who goes by “Mary O,” is  Jeff’s wife and the co-owner of Explore in Focus™.  She wears many hats for the business such as accountant, marketing director, and—during workshops and some tours—cook. 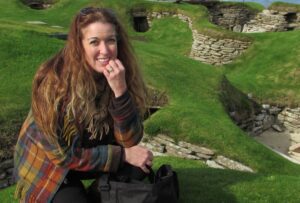 Mary O is a nature-lover and award-winning writer. Her published work includes non-fiction books, essays, short stories & dozens of articles on a variety of topics.  She won the 2019 Mississippi Review Prize in Creative Nonfiction. 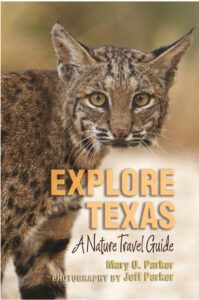 Publishers Weekly included Explore Texas in its roundup of “Best Travel Books of 2016.”  Explore Texas was also nominated for a 2016 “Reading the West Award.” 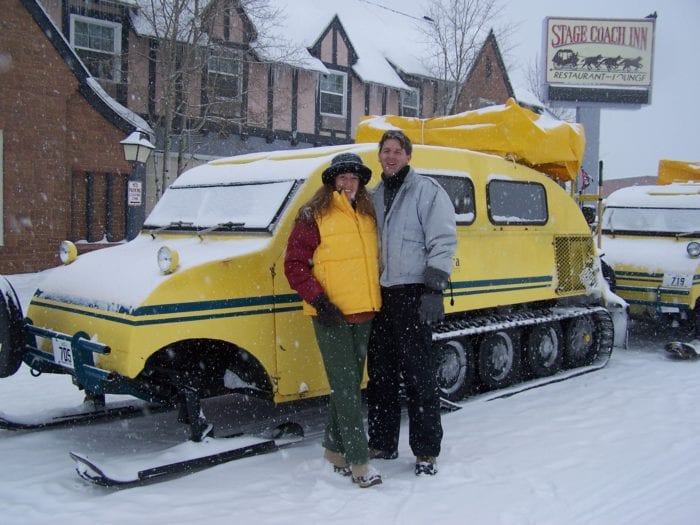 Suggest a Tour or Workshop

Jeff would be pleased to tell you more about this or any of his workshops and tours.