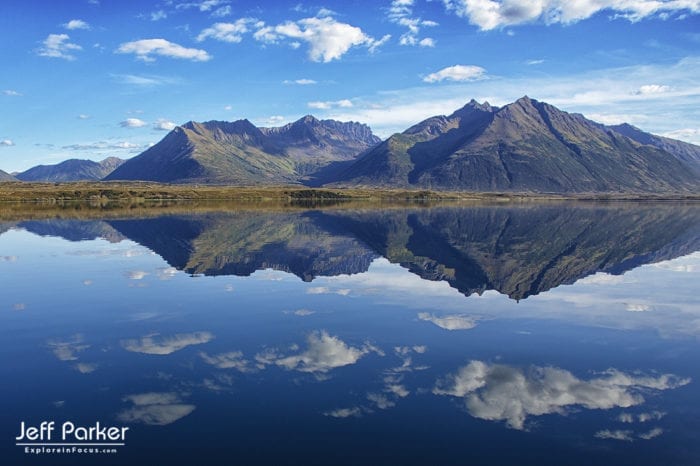 I was an Artist in Residence at Togiak National Wildlife Refuge as part of the Voices of the Wilderness Program. Here are some thoughts from my time in southwestern Alaska:

A float plane drops us, our gear, and our food off at Goodnews Lake. We’ll float down the Goodnews River and the same float plane will pick up us 55 miles downriver three days from now.

It is my first time ever in a float plane and it’s a blast! Decades ago I came close to obtaining my pilot’s license and, while I always found flying in a small plane fun, I find the float plane experience, especially so.

Allen and I drift miles from our drop-off point and all goes well. If things had gone wrong he would’ve been able to call for help; he checks in with headquarters twice a day with a satellite phone.

It’s just the two of us out here on the first afternoon. As we float down the river we will begin to come across fishing parties.  The farther downriver we go, the more frequently we come across fishermen.  After we cross out of the designated wilderness the boat traffic picks up markedly as there are no motor restrictions outside.

However, that exception creates lots of ongoing noise that detracts from the wilderness experience. Several times a day planes come and go ferrying fishermen in and out of the wilderness. (At least there are no motorboats this far up the river.)

On the third day we are woken by a wolf howling close to camp. We didn’t see it, but it was great to hear. A wonderful reminder that we share this space with wild things. Another reminder comes later in the morning when we spot a grizzly sow and her three cubs about a half mile away.

The wildlife sounds and sightings are so welcome. I’ve been missing them. This is beautiful country but if feels void of wildlife and so it leaves me feeling a bit lonely and sad.

The next part of my journey takes place via motorboat. A young man named Keemuel Kenrud, a member of the local Yup’ik Eskimo group, acts as my guide. We head up the Togiak River to Togiak Lake. There, the lake is mirror smooth. The mountains surrounding the lake are ruggedly beautiful.

A hanging glacier caps one of the mountains and I ask Keemuel its name. He thinks a bit and comes to the conclusion that it doesn’t have one. Later I look up the glacier on a topographic map and sure enough it is not labeled with a name. I reflect on how cool it is to find myself in country with unnamed glaciers.

I have a moment as we’re leaving, a strange blip in time when I look around and realize that I will never see this lake or these mountains or that glacier again.

Most times I don’t think that way, or if I do I figure I’ll be back someday. But in that moment I know how unlikely it is that I’ll ever return to Togiak Lake. Without the Artist in Residence Program I wouldn’t have been able to come in the first place.

As a Texas native jalapeños are run of the mill to me. In fact, you’ll find them at just about every local restaurant in the Lone Star State. But I certainly don’t expect them in Dillingham, Alaska (population 2,400)-—- the town closest to the national wildlife refuge. When I go grocery shopping to stock my little cabin I discover them in the produce section and I’m shocked! I ask myself, “I wonder who here eats jalapeños?”

I get my answer soon. In the tiny indigenous village that Keemuel comes from -—- the refuge’s namesake, Togiak -—- Keemuel has a burger named after him. You can order it at the little burger counter inside the local store. They call the burger “The Keem” and it features cheese and jalapeños.

So, of course, I have to eat one with Keemuel. Surreal: there I am, a Texas boy, in the town of Togiak, Alaska, chowing down on a jalapeño cheeseburger with a Yup’ik Eskimo.

You just never know where life will lead you next. Another reason for staying open to possibility!

Global warming’s effects are tangible here and the refuge staff doesn’t hesitate to share their concerns about it with me.

Last winter, the snow didn’t stick. A couple of days after each snow it would rain and melt it all. The permafrost is melting. Trees are invading the tundra. The pack ice no longer comes in here.

The walrus are summering somewhere else. This is especially noteworthy because this is one of the major claims to fame for this NWR -—- the Pacific walrus has, historically been a famous visitor here. It also plays a big role in the Yup’ik’s sustenance.

At 20 years old, Keemuel already speaks wistfully about how cold it used to get. How he misses real winter. He wonders what it means that it doesn’t get cold like that anymore.