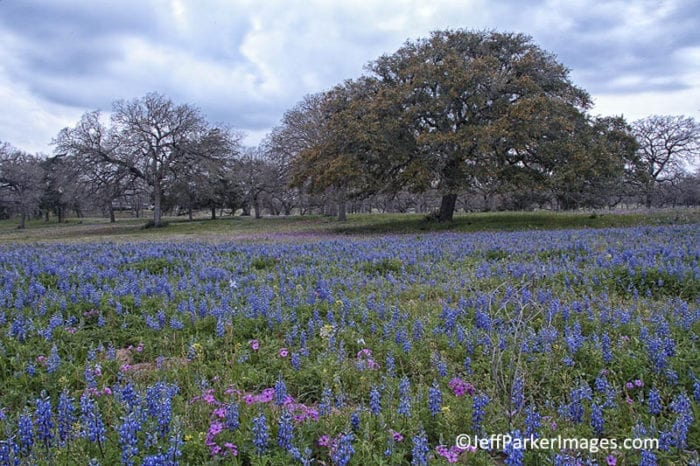 Historian Jack Maguire once wrote about the bluebonnets of Texas that “the bluebonnet is to Texas what the shamrock is to Ireland, the cherry blossom to Japan, the lily to France, the rose to England and the tulip to Holland.”

But did you know that Texas actually has SIX DIFFERENT SPECIES of native bluebonnets? And all six are considered the Texas State Flower.

Originally, it was just the sandyland bluebonnet (see #5 below), which the Texas Legislature made the Official State Flower in 1901. However, in , 1971 all six bluebonnets of Texas were officially designated the state flower.

All six belong to the “lupus” genus and so, outside of Texas, they’re often called “lupines.”

The Latin word “lupus” means wolf. The plants were so named because they are often found in rocky and poor soils which led early observers to believe that the plants robbed the soil of nutrients.

But the truth is that bluebonnets are legumes and, as legumes, have a bacteria at their root nodules that actually enriches the soil. You’ll often see them growing in poor soils because they can improve their own living conditions, along with those of other plants growing nearby.

The six bluebonnets of Texas are: 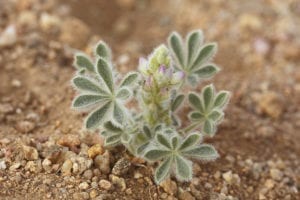 1) Annual lupine (Lupinus concinnus) ~
These are on the small side (plants and blooms, both) and you’ll find them on the lower, sandy slopes of the Franklin Mountains. The blossoms are more purple than blue and the leaves tend to be rather hairy, but neat looking! (Annual; Blooms: February-April)

2) Big Bend bluebonnet (Lupinus havardii) ~
Also known as the Chisos bluebonnet, these are some tall bluebonnets — 3 to 4 feet tall, in fact! The actual flower averages about 8 inches long and sometimes reaches a foot. They’re also a really dark blue compared with others. (Annual; Blooms: Mid-February–April)

3) Perennial bluebonnet (Lupinus perennis) ~
This plant is very rare in Texas. In fact, until it was recently collected in the Big Thicket, the last time anyone had seen one was in 1931! It’s lacier and softer in tone than other Bluebonnets in the state. In the eastern states, where this version of the flower is more common, they call it sundial bluebonnet. Your chance of seeing one is super low, but who knows what you’ll find in those thick Big Thicket woods. (Perennial; Blooms: March–May)

4) Dune bluebonnet (Lupinus plattensis) ~
These are extremely rare in Texas, but if you do find one it will be in the extreme northwestern portions of the Panhandle. Its name comes from the dune communities of the Platte River where it was first found. It tends to be on the purplish side without the white caps we typically associate with bluebonnets. The plant can reach 2-feet tall. (Perennial; Blooms: April–June) 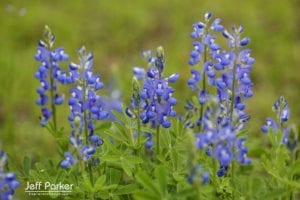 6) Texas bluebonnet (Lupinus texensis) ~
When you think “bluebonnet” chances are an image of this flower is what comes to mind. This is what you’re most likely to see growing alongside highways. That familiar Christmas tree form with the nice snow-capped top has grown famous worldwide as the bluebonnet of Texas. Texas bluebonnets and sandyland bluebonnets are the only two endemic bluebonnets; unless someone planted them, you wouldn’t find them naturally growing in another state. Easiest of all to grow. (Annual; Blooms: Mid-February-late-April) 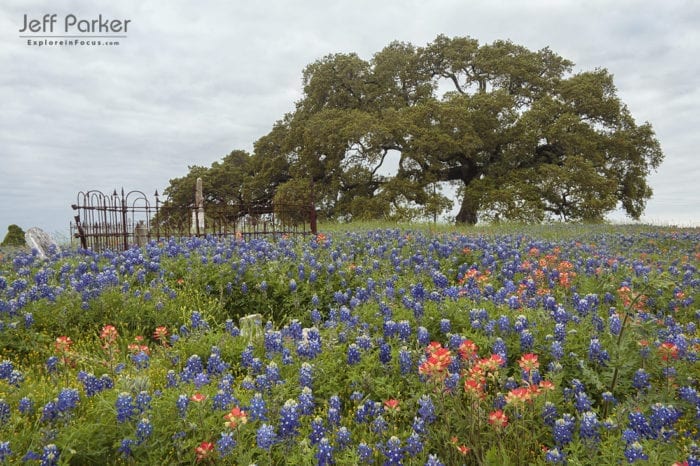