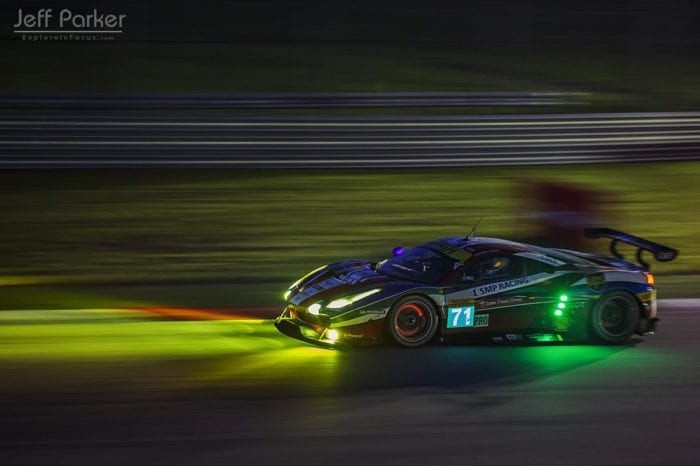 I was a “car guy” long before I took up photography, and so when I had the opportunity to do some photography recently at Circuit of the Americas during both the Lone Star LeMans and Formula 1 events I was really excited.

But it didn’t take long before I realized that all my shots kind of looked the same. Sure, they captured different cars, but the basic position didn’t change much. Honestly, the shots were turning out a bit boring overall.

I didn’t have a pass to get down to track level so I had to put my thinking cap on and see what I could do to add variety and interest to my shots.

As you know, aperture and shutter speed are the camera controls that most affect the look of our shots.

But, since I was limited on how close I could get to the track, aperture (depth of field) wasn’t going to make much of a difference.

This left shutter speed. A really fast shutter speed will stop all movement and leave the cars looking like they were just parked on the track. Talk about a boring shot!

So, that left the idea of slowing the shutter speed. 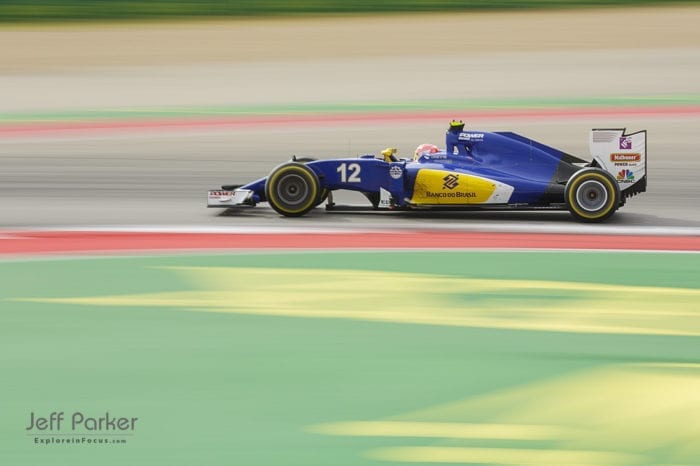 Slowing the shutter speed provided a huge range of possibility. I shot all the way from 1/160th of a second to a full second. The fast end of this range showed the movement of the wheels and the slowest speeds became abstracts. I tried panning with the cars, and also tried leaving the camera stationary.

The point is I tried all kinds of different things. I pushed beyond my comfort zone. I literally gave everything a shot.
And with digital, it’s easy enough to delete the ones that didn’t work. Nothing ventured, nothing gained.

That’s when I had an “ah-ha” that this same idea also applies to my nature photography. But it took the motorsports photography to make me realize it. 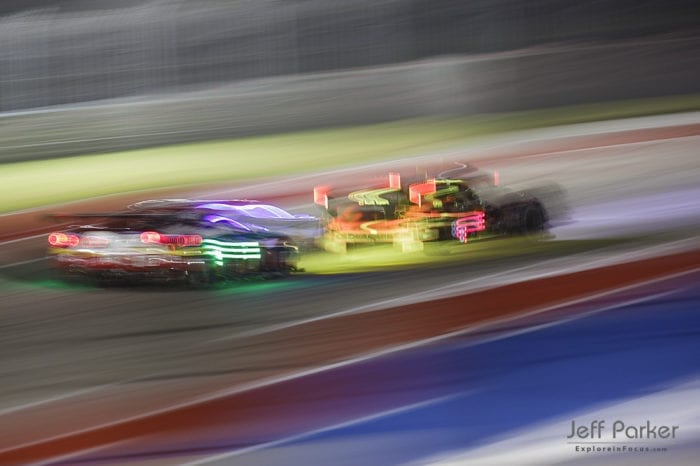 Why?  Likely because the very act of photographing race cars pushed me out of my comfort zone and forced me to think about what I was doing I was less attached to the outcome than I might normally have been.

So next time you’re out photographing — whether it’s a subject with which you’re comfortable or not — push yourself to change it up. Do something you don’t usually do. Push past resistance.

Lay on the ground. Come at it from an odd angle. Use a really slow shutter speed. Try a really open aperture, or really stop it down. Get out before daylight. Stay out after sunset.

Push past the old tried and true. Push yourself beyond your comfort zone. You’ll be really glad you did!