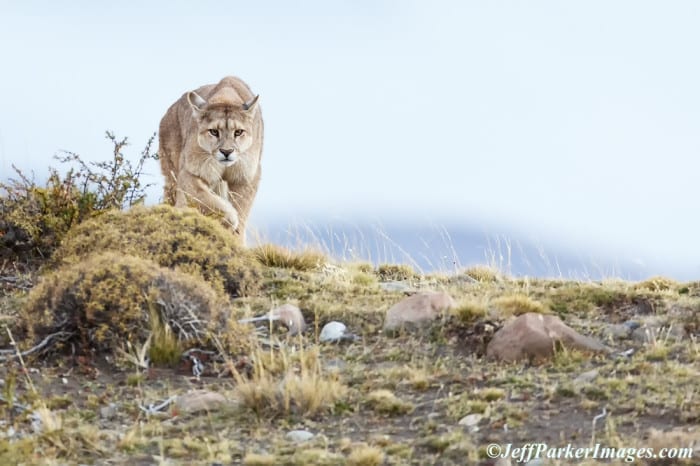 It seems that instead of “birders,” Mary and I have become “catters.” In the last 12 months, we have seen five species of big cats in the wild and I got a glimpse of a smaller one—Geoffroy’s cat—during the Patagonia trip in April.

We began our cat sightings in October of 2014 when we led a photo tour to the Brazilian Pantanal (we’re returning August 2016). The jaguars there have become as close to a sure thing as you can get in wildlife photography. The trip gave us sightings of at least 5 individual jaguars, some we saw more than once. 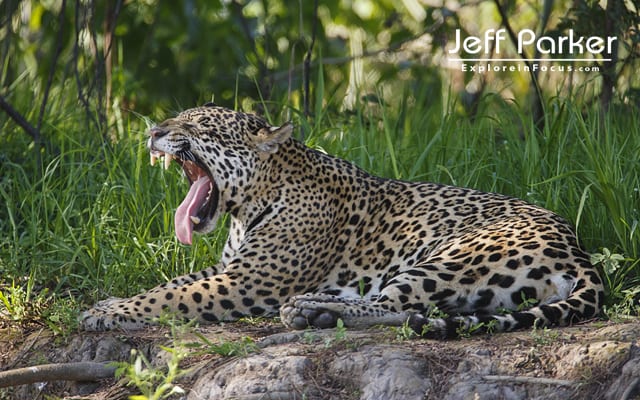 In April of 2015, Mary and I went on a scouting trip to decide if we wanted to lead a photo tour in Patagonia (we do!!). Our focus was pumas. I didn’t really expect to see them, as pumas are legendary for their secretive nature. Boy was I wrong! Eight different pumas in five days! This was also the trip during which I briefly saw the Geoffroy’s cat.

The latest round (August 2015) included lions, leopards and a cheetah in Kruger National Park, South Africa.

Africa has been a dream destination for me since I was a little kid watching Wild Kingdom with Marlin Perkins. It was all new and I was thrilled with every animal and bird we spotted, but the cats were special.

Our first cat was a flash of tawny fur streaking across the road. It was so quick I wasn’t really sure what I saw, but Mary was. “Lion!!” she exclaimed.

The next afternoon we had a sighting that left no doubt. A lion couple was mating right on a bridge. Not shy at all. They snoozed and copulated in plain view of a dozen or more vehicles. 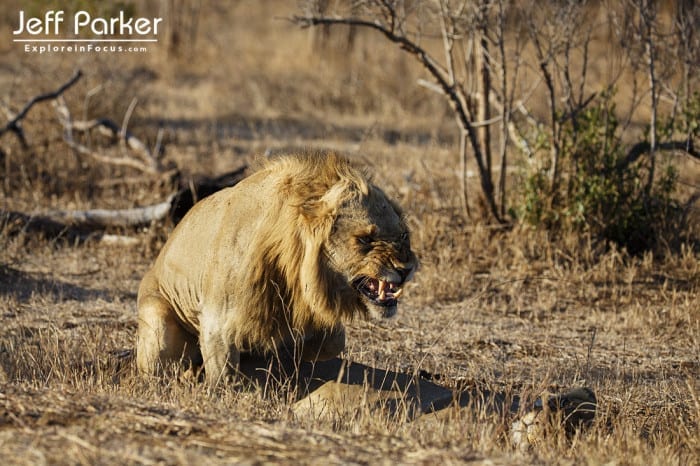 The female laid down next to a car in front of us and soon became interested in one of the tires. Pssshhht! The tire was now flat due to an experimental nip from the lioness. Note to self: do not let lions linger near your tires. 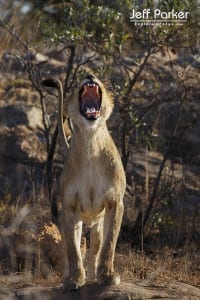 The next day we observed two more mating couples. We also observed lions feeding on a giraffe kill. The most interesting event was seeing a small group of giraffes investigating the lions at the kill. One particular giraffe got very close to the lions and almost seemed to be mourning the loss. It was rather moving to watch.

As we drove through the park my head was on a swivel. Looking at everything and anything, but really hoping for a leopard. One afternoon as we headed out from camp I spotted a very attractive tree and it just looked like there should be a leopard in it.

On the way back, it was pretty near dark and I slowed to eyeball the tree.

Mary asked what I saw. As I raised my 400mm lens I replied “Probably nothing, but that branch looks like a….. leopard!” We both saw it for just an instant before it leapt to the ground. No photo, but it was our first leopard and my favorite sighting of the trip. 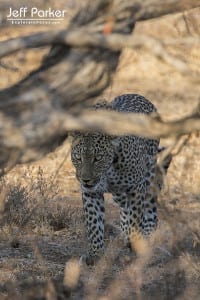 The next day, we observed a leopard hanging around the tree where it had stashed an impala. It was fun to watch and Mary enjoyed doing so through the scope, but I never could get a clear photo as there were always branches in the way.

As the trip wound down the only major animals not seen were wild dogs and cheetahs. Neither are very common in Kruger so I was resigned to not seeing them.

During our last evening drive we sat watching some baboons play when a car pulled up beside us. The driver informed us that he’d spotted a cheetah on a kill 3 kilometers down the road. Needless to say, we hightailed it about 3 kilometers and turned into a pullout along the river. Looking, looking and there it was. Cheetah!! And remarkably we were the only vehicle present. I don’t know why the gentleman chose to tell us as there were other cars watching the baboons, but I’m certainly thankful. We watched the cheetah until it was almost too late to make it back to camp before the gate closed. We made it with 2 minutes to spare!

I never did see a wild dog, but that gives me the perfect excuse to return, right? 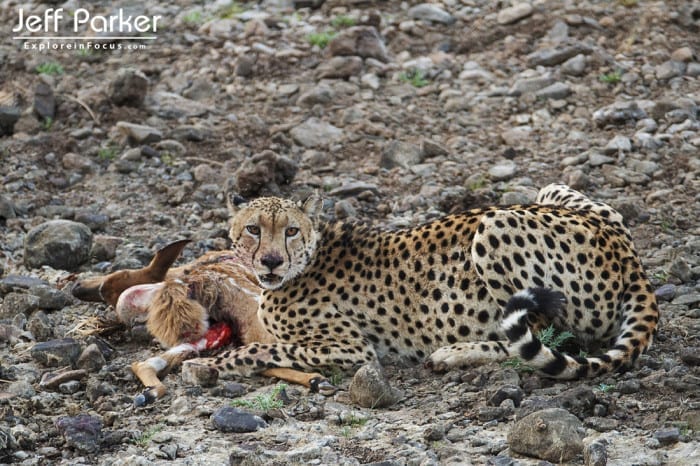