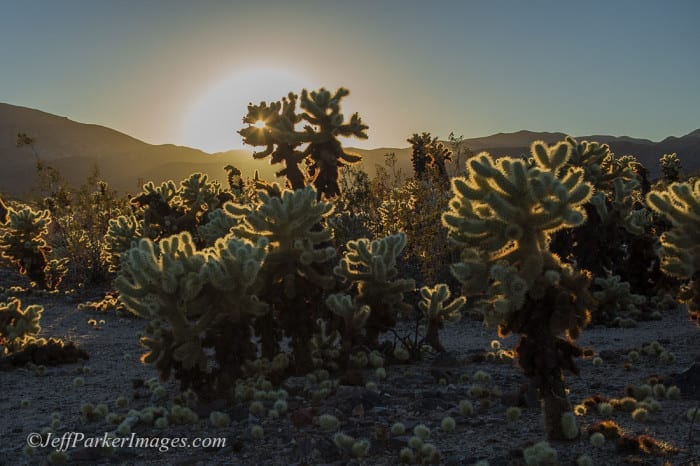 Recently, I meandered my way to and from the NANPA Summit, which was held in San Diego in February.

My route took me through the backcountry of San Diego, the deserts of southern-California, and much of the Southwest.

The journey, combined with my growing excitement about next month’s Big Bend Photo Tour, highlighted how my favorite places -— tropical rainforests and deserts —- are pretty much opposites.

Understanding my love of the rainforest comes easy because of its abundant profusion of often-colorful life. But, why am I so drawn to the desert?

I realized one reason I love the desert is its clean, stark simplicity. Deserts provide room to breathe. Even the plants give each other some space.

Such simplicity is augmented by the clarity that low humidity adds to the air. A clarity that brings out the night sky in that jaw-dropping way. When compared with so many of our other spaces these days, desert nights allow for easier escape to the natural world that used-to-be. Or at least as close to it as possible; sadly, during my trip such escape was never complete as cities such as Los Angeles, Las Vegas, and Phoenix leave wide swaths of light pollution in their wakes.

But the darkness and clarity that those skies do provide hints at something else I love about the desert: it allows you the ability to get away from the maddening crash and clamor of humanity. 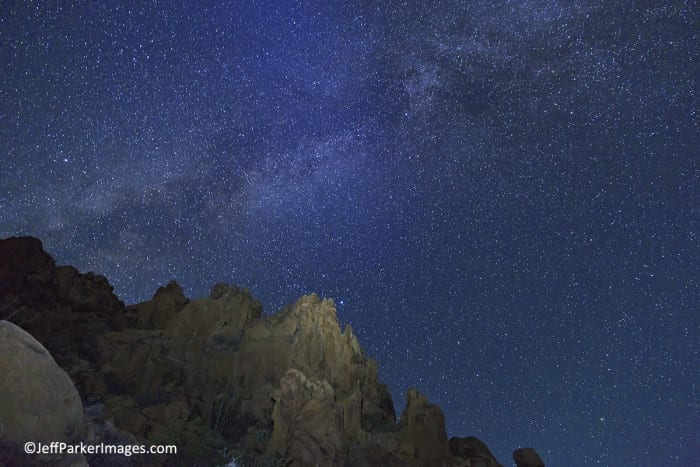 Big Bend National Park, with its Bortle rating of 2, offers some of the most pristine night skies in the U.S. © Jeff Parker

Big Bend, especially, offers this. It’s the only place in the United States where I have ever experienced absolute silence. Not just silence from noise pollution but complete silence. With a Bortle rating of 2, it also has some of the darkest skies in the country.

Unfortunately, though, such silence is in short supply—even in the middle of the Mojave. This recent Southwest trip demonstrated how difficult truly getting away, completely, has grown; even in the backcountry, on roads accessed only with 4-wheel drive, I didn’t have long to wait for the sound of a jet overhead.

I found the pervasiveness of light and sound pollution really astounding. I guess I didn’t completely understand how much effort you have to make in these modern times to find a place without a glow on the horizon and the sound of man’s machines. I used to think 4-wheeling to a remote campsite in the middle of nowhere would do the trick. No so anymore.

Okay, back to the positives – those reasons why I love the desert:

Another thing I love about the desert is its color. It doesn’t pop out at you as flagrantly as it does in rainforests, but look closer at those “drab” earth tones and you’ll see how many shades await.

Depending on rainfall, the wildflowers can be quite a spectacle. Anza Borrego State Park demonstrated that well, even though, due to California’s drought, I didn’t catch it on a “good” year. And, regardless of rainfall, cacti generally put out breathtaking—and to the wildlife, life-sustaining—flowers. 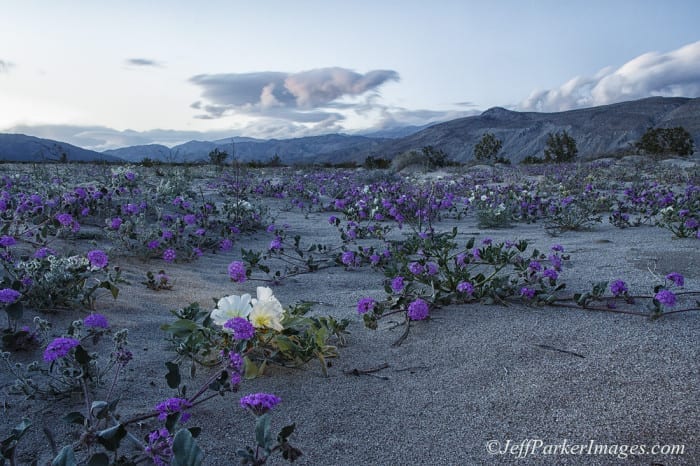 The flowers of Anza Borrego State Park add color to the desert earth tones each February and early-March. © Jeff Parker

Desert sunrises and sunsets deliver some of the most incredible color. Even on cloudless days, pastel pinks and blues decorate the sky opposite the sun just before it rises or just after it sets. And the play of light on the mountains early and late in the day, that too brings along its own palette.

Air, light, space, color. The bare bones of our Earth laid out for all to see.

The scrappiness of every plant and animal that lives here serves as testament to those reasons I love these spaces. The denizens of the desert are always ready to bite, scratch, sting, poke, impale, or poison you. Mechanisms for defense in an unforgiving world.

I get that and I respect that.

The desert’s inhabitants just want to be left alone to live as they were meant to live. Just like me. Probably like all of us.

Yes, I love the desert, but she does not care. She doesn’t care if any of us think she is beautiful or ugly. She does not care if we live or die. She was here before us and will be here after us. She simply is. 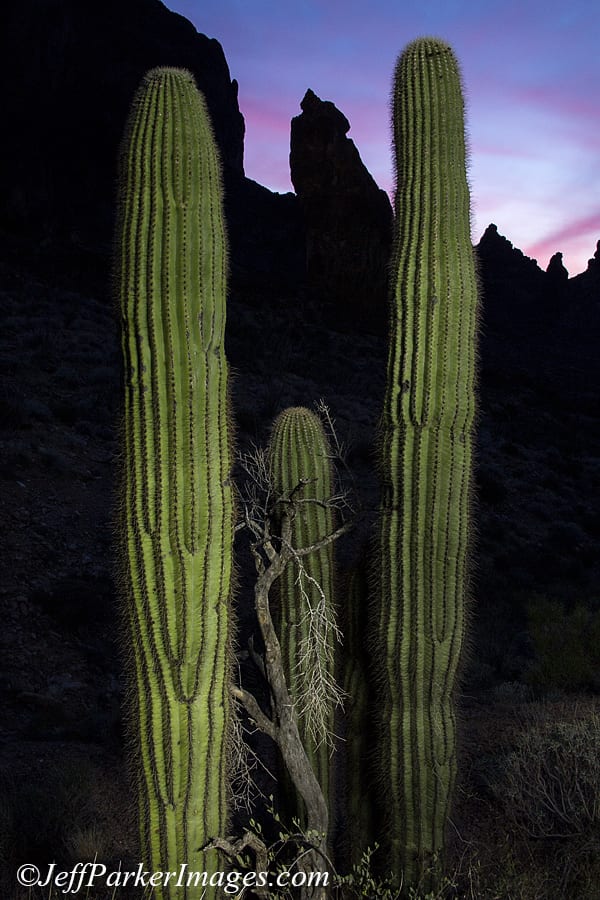