Are you asking yourself, “Which camera should I buy?” With all the choices out there today, it can be an overwhelming decision.

I’ve been noticing lately that more and more of my particpants have Olympus cameras. So it seems the “Nikon or Canon” conversation may be growing a little outdated. Sure, for heavy-hitting pros, Nikon and Canon are still the big players, but Olympus seems to be creeping up on them, especially thanks to its Olympus OM-D E-MI with its mirrorless Micro Four-Thirds system.

During a recent workshop I gave for Travis Audubon, one of the participants had an Olympus. I was amazed at how light it was. The lack of mirrors made a big difference. The camera weighed in at about 1.1 pounds compared with my Canon 5D Mark III , which, without a lens comes in at 2.1 pounds.

The real difference is in the lenses. With the sensor size of the Micro Four-Thirds system a 300mm lens will give the same magnification as my monster Canon 11.8 pound 600mm lens.

Now, don’t get me wrong: I’m still a Canon man. In fact, I just bought my 5D Mark III this past summer and I am findng that I am extremely pleased with it.

Its high ISO capability makes it a particularly valuable addition to my tool kit. I find that my shooting range has just about doubled from what it was. For example, this shot of an elk was taken at ISO 25600. Yep, I said 25,600! That wouldn’t have been possible with my 7D. 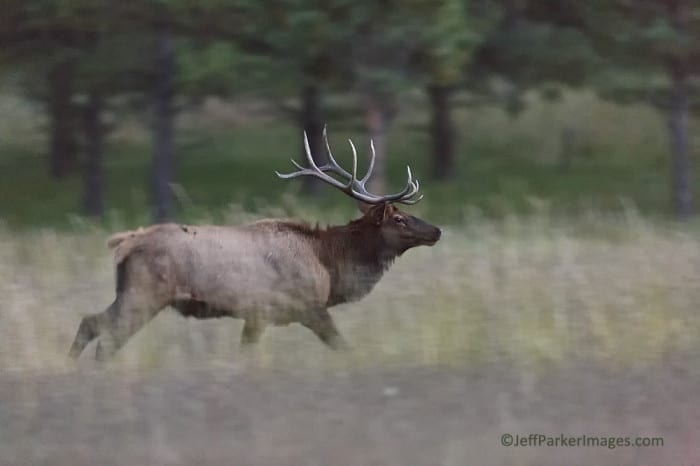 Of course, my 7D has its own role to play. Many of my clients have 7D’s because, for the money, it’s a very versatile camera. It’s a great tool for wildlife and macro photography.

Since my specialty is wildlife photography, the set-up that I seem to be using most these days is my 5D Mark III with my Canon 600mm lens.

My wife, Mary, always jokes that the 600 was “our new car for a long while.” She has something there; it was definitely a big decision but one I have never regretted. The 600mm allows me to get up close and personal with wildlife in ways I never would have been able to before. Of course, sometimes it gets me too up close and personal; when working in the blinds at the south-Texas photo ranches there have been times I wished I had a 500mm. But, overall, put my 600mm and my Canon 5D Mark III camera together and you’ve got a power combination.

Of course, at the rate Olympus is going, they’re on their way to creating a power combo of their own. And, everyone I’ve talked with who owns them is quite happy with them.

I often get asked which is better, Canon or Nikon? My answer: they’re both great.

I don’t shoot Nikon so I can’t tell you much about it, but I did do a lot of research before I committed to my first camera about a decade ago. I learned that both offer great systems with many lenses and bodies to suit your style of photography.

Why did I choose Canon? Because at the time Canon lenses were not nearly as expensive as Nikon. Today, the shoe is on the other foot and I would be mighty tempted to go Nikon. However, once you choose a system it’s an expensive proposition to change.