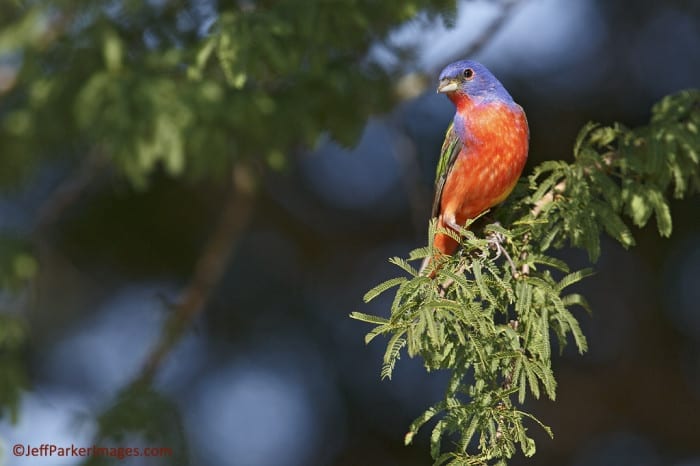 Painted Bunting in the spotlight. ~ @JeffParkerImages.com

We had a sold-out tour for this year’s South Texas Birds Photo Tour. The place was hoppin’! As usual, Santa Clara Ranch served up a variety of birds and other species for us to photograph. And we had great luck with the weather, too. Mornings were cool, with temperatures in the low 60’s, and it never got too hot, with highs in the 80’s. 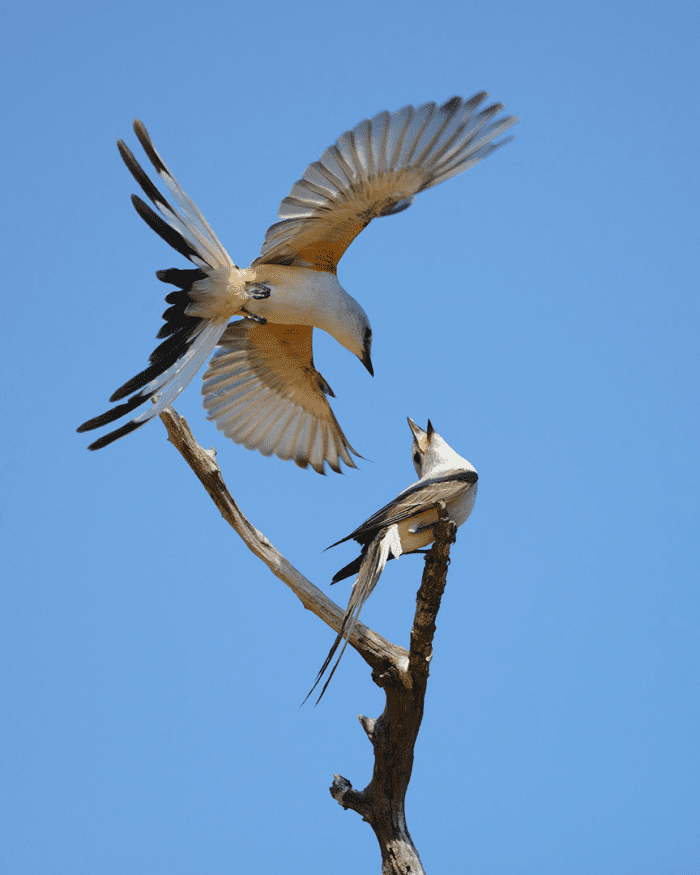 Several of the participants had specific target species they wanted to photograph. Mary Lou Reid was after Painted Buntings and Scissor-tailed Flycatchers. She succeeded with both, including this very nice Scissor-tail shot. 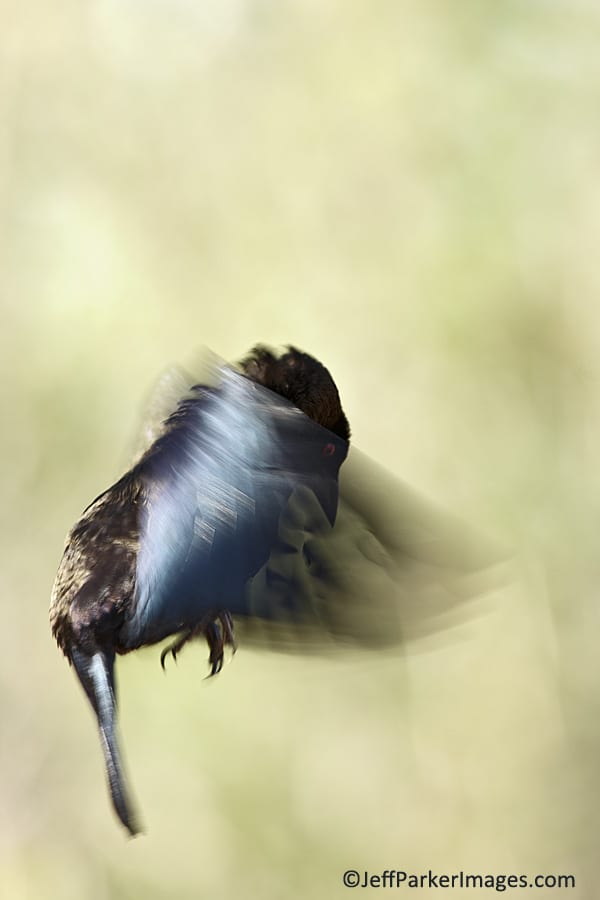 While cowbirds in general are not much loved, the Bronzed Cowbird performs a wonderful courtship display. The male will puff out the feathers around his neck and flutter his wings. When he gets really wound up he will hover a foot or two off the ground. I call this the “helicopter display.” I think everybody at least had a chance to see its unique display if not photograph it. 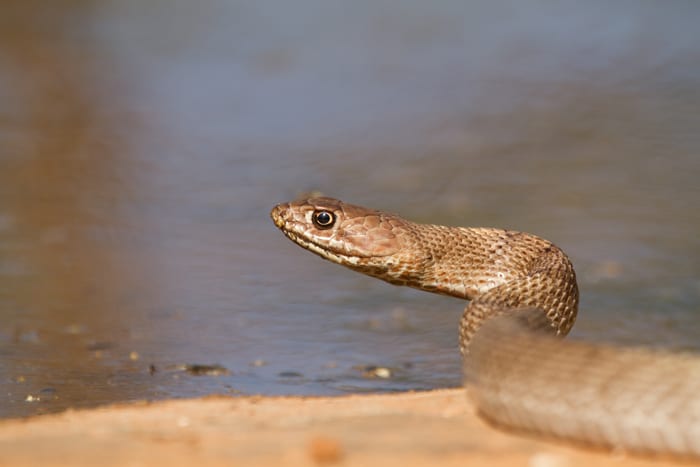 As I mentioned earlier, we more than birds visited us at the photo blinds. The Mexican ground squirrels provided lots of entertainment — as these quirky critters usually do! Desert cottontails, javelinas and armadillos also “modeled” for us. John Eppler got this neat shot of a Western coachwhip as it came in for a drink. 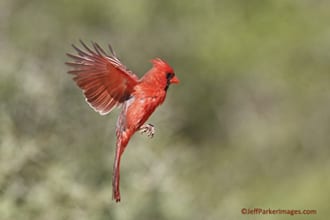 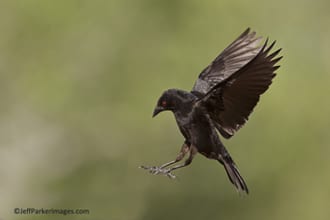 We worked on getting shots of the songbirds in flight as they come in to land. It takes a lot of shots for a few keepers, but persistence pays off as you can see here. 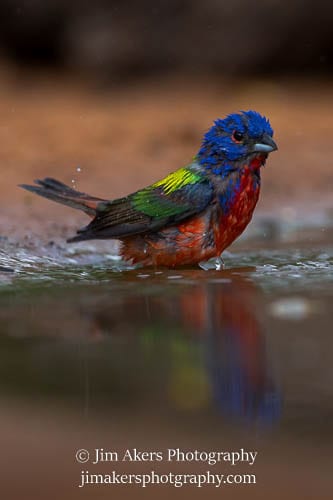 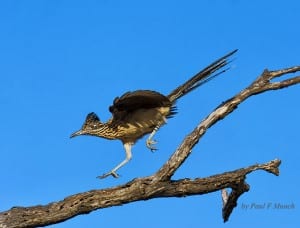 With three days of photography everyone had multiple opportunities for a variety of shots of many species of birds and other wildlife. During the mid-day breaks and evening meals we had the chance to learn from each other and make new friends. There is no finer way to experience the wildlife of south Texas than to visit one of the dedicated photo ranches.