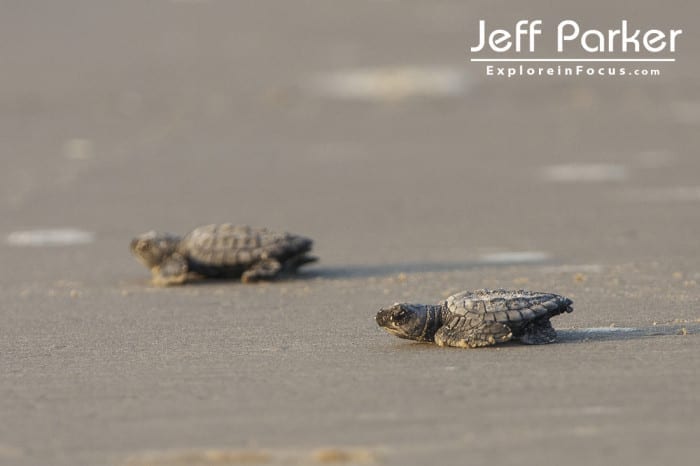 I thought since mid-summer is the time for sea-turtle releases along the Texas Gulf, this would make a timely blog post. As many of you know, Mary and I have a book coming out titled, “Explore Texas ~ A Nature Travel Guide” through Texas A&M University Press.

Sea Turtle, Inc. is one of the venues in our book and one of Mary’s favorites at that. She wrote the following text, which appears much as it will in the book:

WHY YOU NEED TO GO:
This serves not only as a great destination—especially for kids—but does great work, too. Its three-pronged mission -—- sea turtle rehabilitation, conservation, & education—provides ops to visit these flippered friends & get to know them better.

While the goal remains to release as many of the aquatic reptiles back into the wild as possible, permanent residents do live here, including Allison, the world’s first prosthesis-endowed turtle & Gerry, an Atlantic Green Sea Turtle.

Augment your experience by listening in on an hourly talk by one of the hospital’s passionate staffers. Each turtled-tank boosts public knowledge of the plight & status of these aquatic reptiles by telling the inhabitant’s story, including details of its rescue.

TRAVEL DETAILS:
Check for tentative hatchling releases online (usually in June—August). Ask for any rehab release dates open to the public (not many).

Learn Allison’s story at 10:00 a.m. when an intern attaches her prosthesis. Help feed Gerry (the Atlantic Green Sea Turtle) daily at 10:45. No touching turtles, but photos okay (please, watch that flash; hard on their eyes!).

Small space; gets crowded (expansion plans in progress). Tanks outside not opened when temp below 55-degrees. Special summertime presentations for kids. Easy access to site & parking.

Powerful jaws allow Loggerheads (Caretta caretta) to claim their name by breaking through shells to eat conches, crabs, and sea urchins. The carnivorous sea-faring reptiles also make meals of softer critters like octopi, squid, and jellyfish. A reddish-brown, heart-shaped shell helps tell them apart from the other turtles traveling along this coast.

Identify Hawkbills (Eretmochelys imbricata) by the shape of their bills. With their curved and pointed appearance, the bills definitely resemble those of the raptors for which the turtles are named. The omnivorous reptile eats mostly sea sponges. While demand for their tortoise shell material threatens all sea turtles, Hawkbills feel the pressure most due to especially high prices fetched by their pearly plastrons & carapaces. In addition, in some places its skin is used as leather, while oils from the animal provide a basis for perfume.

When most folks think “sea turtle,” Kemp’s Ridleys (Lepidochelys kempii) likely come to mind. These iconic Texas turtles—the smallest of all species found here—reach only about 2-feet long, and don greyish-olive green coloring. Kemp’s Ridley Sea Turtles, have been especially hard hit by increasing recreational use of beaches. Prime nesting time—summer—also happens to be peak human beach-use season. That matters because these animals come ashore in large groups—called “arribadas”—to lay eggs together in shallow depressions in the sand. Females only breed once every two years. In about 45-50 days, the Kemp’s Ridley’s eggs all hatch at about the same time, resulting in hundreds of tiny turtlets (about 1 ½-inches each) running for the shore. Ecologists term this “predator swamping,” a method of reproduction that helps assure that at least one young from each nest (average is 100 per nest) will survive. Crabs and other shore-dwelling critters grab the babes as they make a run for the water. Once the turtles grow bigger, crabs will make up most of their meals!

Call the Hatchling Hotline for up-to-date info: (361) 949-7163. It can be tough to get there when the turtles are being released because conditions have to be “just so” but it’s very much worth it! A very cool experience! 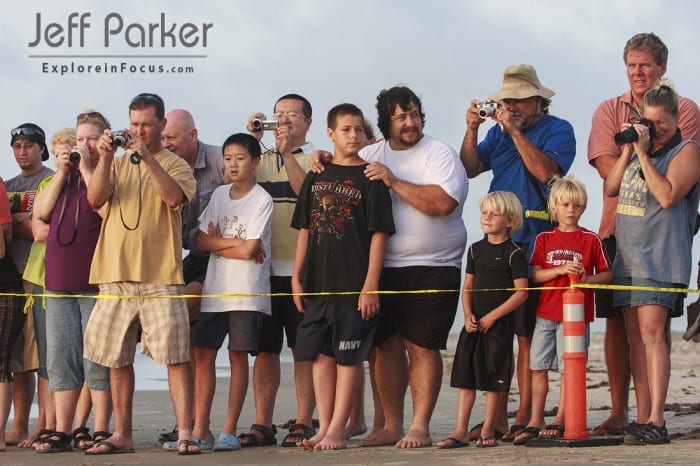