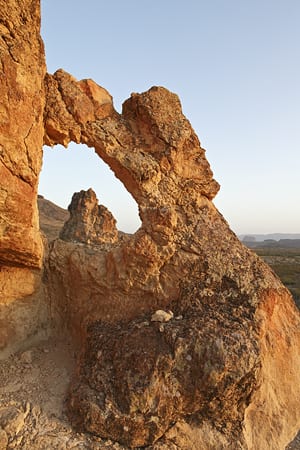 Fourth of July was coming up and I was solo. Mary was off to North Carolina at a writer’s retreat and had left me to my own devices so I figured it would be a good time to do some Big Bend landscape photography.

I remembered hiking out to some petroglyphs in Big Bend National Park in the mid-to-late 90’s. That had given me an idea for an image I wanted to create. Petroglyphs and stars. To me this symbolized the past and the future.

So I hopped in Yoda, my (somewhat) trusty ’87 4-Runner, and headed west. I didn’t remember exactly where the petroglyphs were, but I knew the general location, recalling that they were on a vertical rock face.

Since I was going to have to do some searching I started the hike out with enough time to do some prowling before it got dark. As I poked around the area I found the little rock window in the photograph to the left. Turns out the rock with the petroglyphs is the one framed in the window. I was close, but hadn’t rediscovered the petroglyphs yet.

About 3 seconds after having the thought, “This isn’t too bright; I’m slipping and tripping on loose rocks 2 1/2 miles from the road and NOBODY knows where I am” I hear a distinctive dry whirring.

“Okay,” I think, “I hear you. Where are you?” I turn to face the direction of the sound and spy a small rattlesnake desperately trying to disappear into the rock overhang she’s taking shelter in. She was just being polite and letting me know where she was so I didn’t clumsily step on her. I smiled and wished the beautiful little snake goodnight. 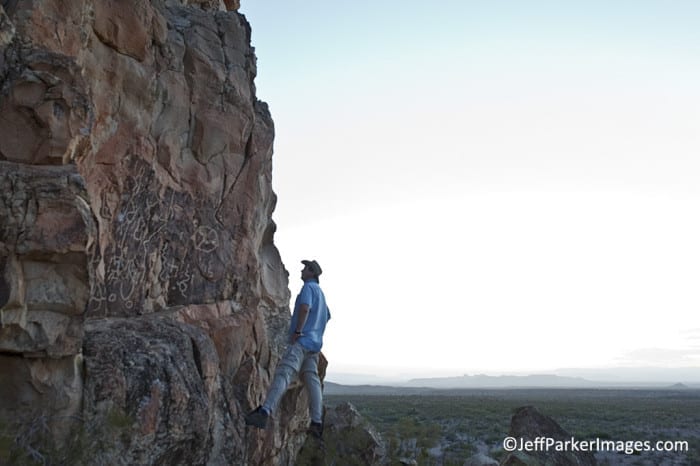 Once I found the petroglyphs I had a good while to wait for full darkness. It turned out to be a longer while than anticipated. Even though it was only a quarter moon and it stayed hidden behind the rock, too much light still made it tough to create a good starry-night image. That meant I was going to have to wait until the moon set about 2am. It’s surprising how comfortable the ground is once you sweep away the sharp, loose rocks. With my water bottle for a pillow, I settled in for some star gazing and napping. 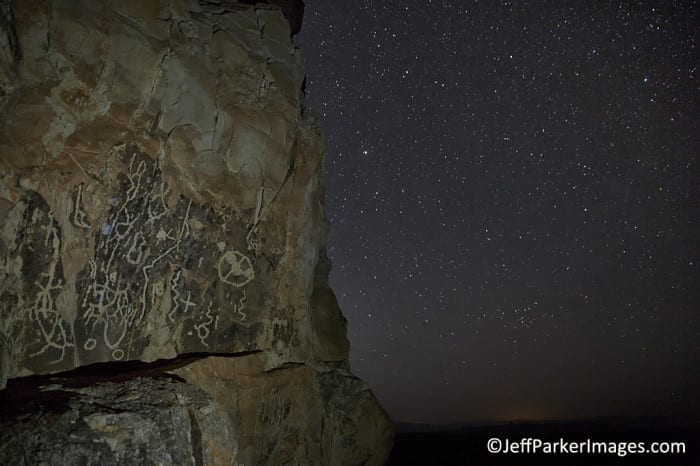 After I got the image I wanted and hiked back to Yoda it was about 3am. At this point I figured I might as well just stay up to enjoy sunrise. So I headed off to Grapevine Hills and the Balanced Rock. Along the 1-mile hike out to the rock I started to see numerous eyes. I figured it was just coyotes, but it still felt a bit creepy as there were quite a few of them. I finally got a light on the owner of a pair of eyes and discovered it was a Ringtail! I had never seen a one in the wild, but at least a half dozen had seen me in the wild, and were watching my hike. 🙂 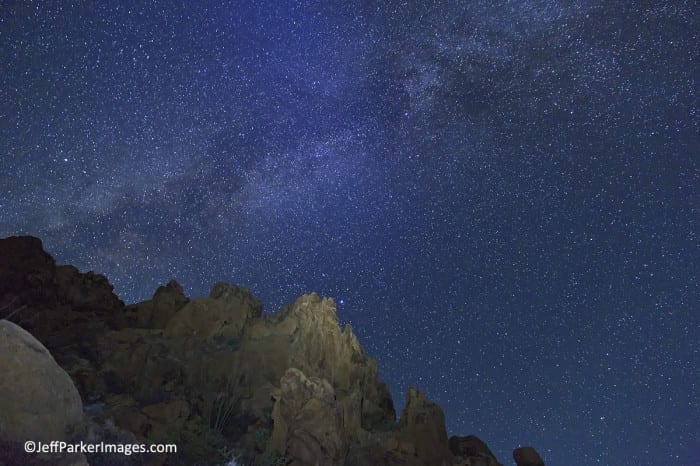 At the Balanced Rock I had some time to play before sunrise. The image above is the hillside closest to the rock with the Milky Way. Then I played with silhouetting the Rock and light painting it. 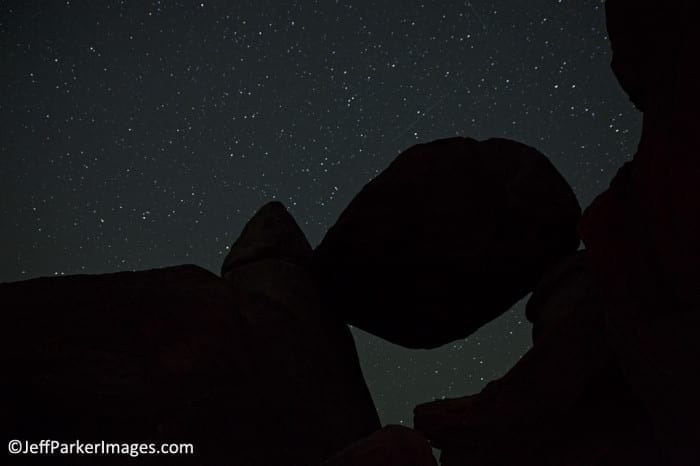 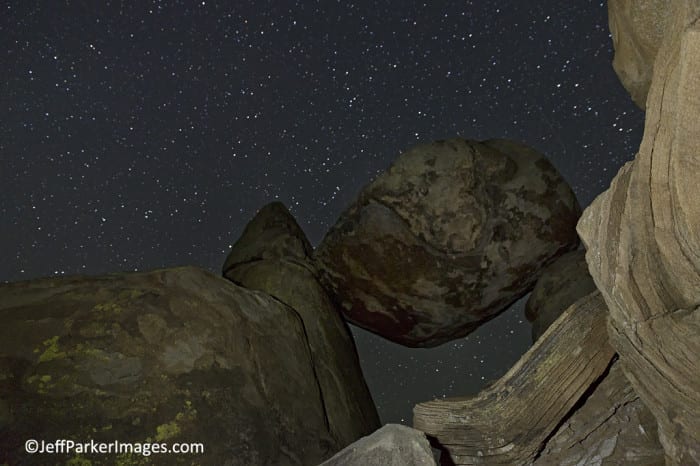 Eventually, the world began to transition back to daylight. I got one more shot of the Balanced Rock with Nugent Mountain in the distance. 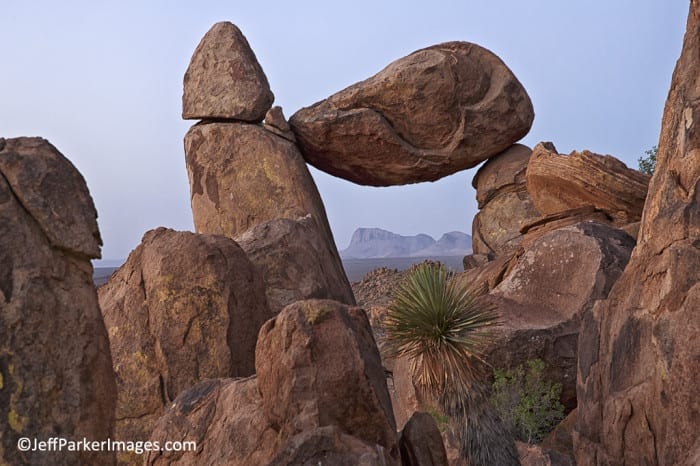 At this point I’d been awake for over 24 hours, so it was time to head to the lodge for breakfast and sleepytime. All in all, I think this made for a fantastic way to celebrate the 238th birthday of the United States! I’m so glad the ones that came before us had the foresight to set aside places like Big Bend National Park.

Please consider joining me there in April 2015 for my Big Bend photo tour.