I’ve been working steady getting images ready for the book that Mary and I are doing for Texas A&M University Press. It’s tentatively titled “Explore Texas — A Nature Travel Guide” and will be out in spring 2016.

I thought I’d share some of the best nature destinations near El Paso that we’ve featured in the book.

Mid-March through early-April typically delivers a stunning display of Mexican gold poppies to the eastern side of the Franklin Mountains, right by the Wilderness Park Museum at El Paso Museum of Archeology.

Of course, the “show” relies on how much rain is received in January and February. This year, El Paso received the most rain in January since 2007 so the show should be pretty good. (February’s figure wasn’t posted yet by NOAA when I put this blog live.) 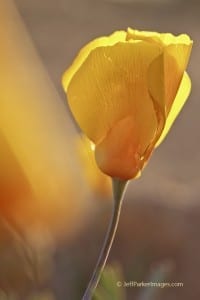 Each spring, Mexican gold poppies (Eschscholtzia Mexicana) put on a gorgeous show on the east side of El Paso’s Franklin Mountains.

A “Franklin Mountains Poppies Celebration” is held annually to pay homage to the flowers. Until this year the festival took place each March, but they’ve changed it to April in 2015 hoping to avoid some of the windy weather March always brings to the region.

But that doesn’t mean you should skip a March visit. If you do you’ll likely miss the annual lupines that grow here, mixed in with the poppies. They’re a rare treat, to be sure, as they don’t grow in big masses like Texas bluebonnets (nor like the poppies). But they’re still beautiful, made even more so I think by how hard they have to scrap to survive.

We also feature the El Paso Desert Botanical Garden / Keystone Heritage Park in the “Big Bend Country” section of the book. There, you’ll find American Widgeons in the wetlands to the back of the park.

These medium-sized birds are considered “dabbler ducks” because of how they feed; short bills allow them to efficiently pluck vegetation from the water, which makes them appear to be “dabbling.” But, in the winter, if you see a male and female pumping their heads chances are they aren’t dabbling; instead, they’re likely getting ready to mate! 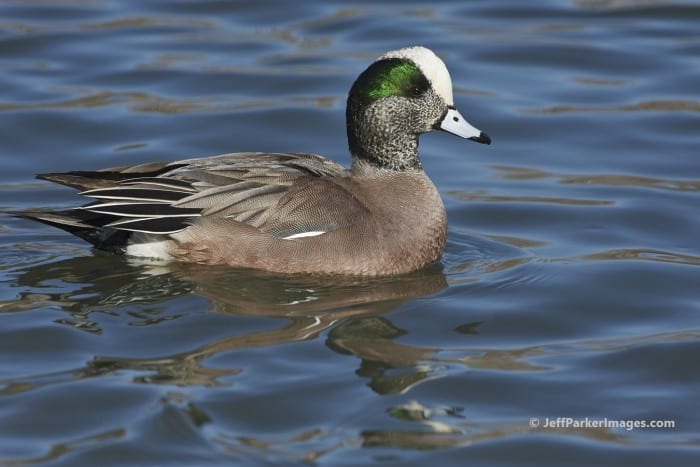 El Paso’s Rio Bosque Wetlands Park is a great spot for bird watching. There, you have a good chance of seeing Gambel’s Quail as the riparian desert thickets found here make perfect habitat for the birds. Look for large coveys in winter. Come springtime (about now), breeding pairs begin forming.

Rio Bosque Wetlands Park in El Paso is one of the best places in Texas to spot Gambel’s Quail (Callipepla gambelii).

Another very cool El Paso venue worth checking out are the Chihuahuan Desert Gardens, located on the University of Texas, El Paso (UTEP) campus. This spot is home to the world’s largest collection of Chihuahuan Desert flora. Twenty-one gardens teach about this unique arid region.

This venue acts as one of only 82 Federally-approved U.S. Plant Rescue Centers, which take-in illegally imported flora at our borders. Some of the Cactus Garden’s 80 species include such “orphans.”

Pretty soon (if not already) the ocotillo should be blooming in the gardens, as well as the surrounding desert. Not long after blooming begins, the hummingbirds will arrive. 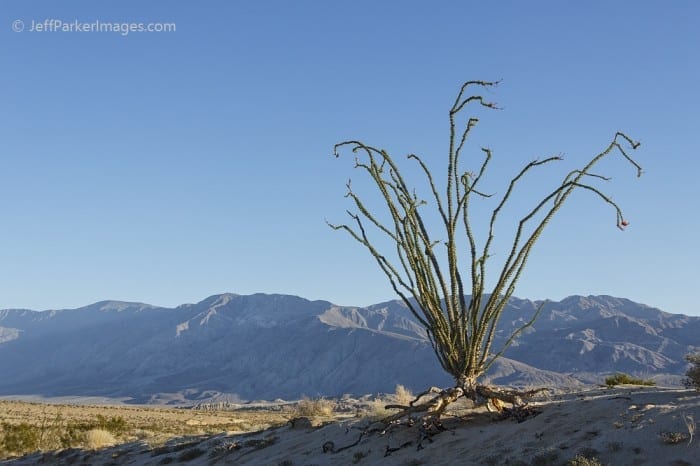 Each spring, Ocotillo (Fouquieria splendens) adds beauty to the desert. 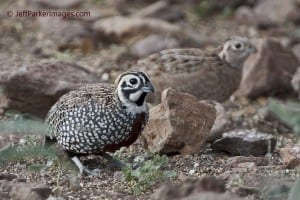 While quite a ways from El Paso, Davis Mountains State Park is still in the Big Bend Region of Texas. It’s the best place in Texas to get photos of Montezuma Quail (Crytonyx montezumae).

The bird blind near the campground gets you close enough to appreciate & photograph the birds’ black & white facial markings The bird blinds also get visited regularly by Javelina so you can get some good photos of these Texas critters there as well.

Happy travels and great shots to you!